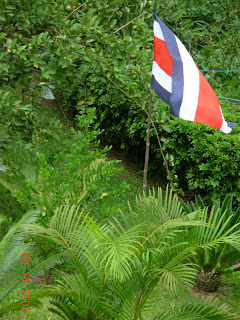 A better name would be "la Semana de la Independencia" for the celebrations start almost a week early. Fairs, parades, civic activities, bull fights...September 15 is Independence Day in Costa Rica and they know how to celebrate (minus fire works)! Costa Rica celebrates their Independence from Spain which took place in 1821. There was something to go to every day for a week (at least if you have a child in public school here). 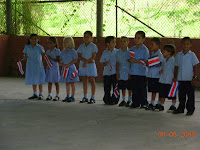 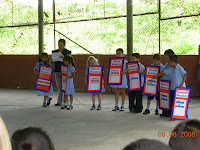 Laura memorized in Spanish a song, a poem, and a short history about the Costa Rican flag. She got to recite these at one of the "actos civicos" along with her kindergarten class. 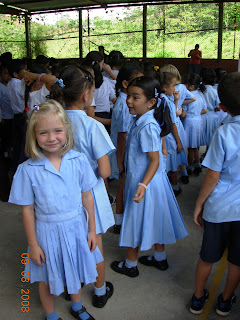 While I was off rafting with friends (sorry, no pictures), Tim and Laura spent hours working on a "Farol"(Lantern) . The theme was some type of house and Laura wanted a "Castillo"(Castle). It got a lot of attention at the parade of Faroles that was held on the evening of September 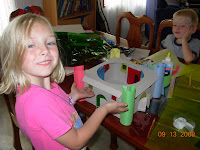 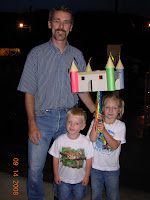 14.
This parade is to remember the night before independence was declared. It is a parade for children, but really the parents do all the work!

On the morning of September 15 Laura got to perform with some other girls in her class the same "baile typico" dance that they performed on July 25. They were so adorable! 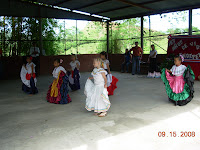 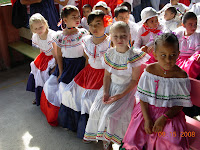 After singing many patriotic 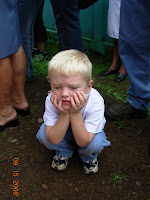 songs, hearing the pledge of allegiance, and watching many dancers perform, Tanner was ready to do something else! No worries though because... 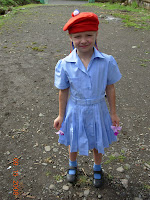 following the morning activities the children from the school were in a parade. They WERE the parade! The batteries for our camera ran out before we could get a picture of Laura's class in the parade. They waved pom-pom's of red, white, and blue while they did a marching routine.

This was a different kind of parade than we are used to. Instead of sitting on the sidelines to watch, people walked ahead of the parade, followed the parade, or walked IN the parade with their kids. We did a little of all three. 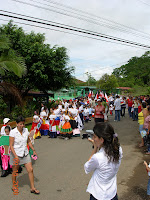 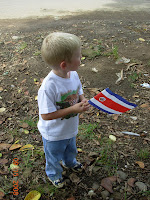 In the evening we headed to the small town of La Suiza (10 minute drive from Tuis) where we went to a little carnival. The kids got to go on a couple rides and they also got to taste cotton candy for the first time! It was a fun (and busy) week! 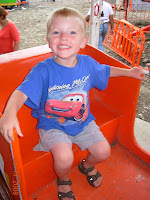 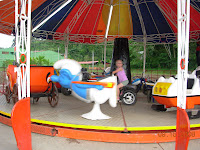 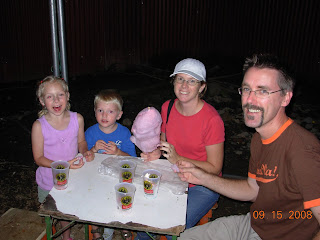