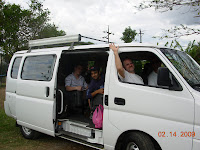 The staff and interns left our homes in Atenas, Costa Rica around noon on Valentines Day for my first Project trip as staff with Engineering Ministries International (EMI) in Central America. We followed Central America 1 northwest for about four hours, turning off the highway at Bagaces toward Guayabo where Árbol de Vida is located. 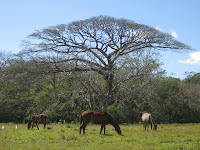 Árbol de Vida’s vision is to be a launching point for missions throughout NW Costa Rica and SW Nicaragua. Although they currently are operating out of a house, they have already launched medical teams to serve the poor in Nicaragua.

EMI came to provide a Master Plan for the nearly 100 acre site including team housing, single family cabins, staff housing, a large multi-purpose building and space for other ministries to utilize the site such as an orphaned boys home, Going the Distance Ministries (GTD) and an extension campus for a Christian University. 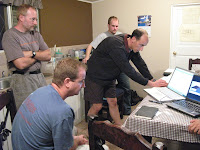 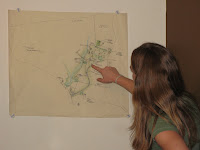 we walked the site and reviewed the Ministry’s vision for the project on the first day and started in design the next.

The Architecture team developed a first draft Master plan on the first day and work began on phasing the project. A local builder was a great reference for many questions about local building techniques. The survey crew began work on developing contours and locating landmarks to allow refinement of the Master Plan. Civil began work resolving current water management issues. W/WW began researching quality and availability of city water. 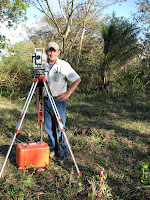 As the week progressed, all disciplines tightened up their designs. As the Master plan became more accurate with the survey information, the Structural engineer was able to research bearing capacity at the building sites. W/WW began measuring the soil capacity for septic drain fields. The Architecture team began design on the individual buildings based on their sites. Electrical researched the local Electrical utility and began design of the distribution for the site. 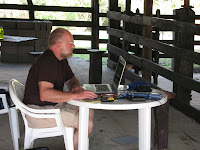 The team made a final presentation to the ministry on Friday, receiving confirmation that the Schematic plans developed were what the ministry was looking for. From this work on site, the team will continue to develop the design from their respective homes. We were able to leave a copy of our presentation with the ministry for their use in publicizing the project. 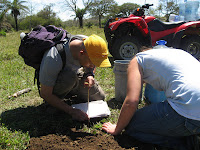 It always amazes me how God puts together a team of strangers who, united by the Spirit, work so effectively together while develop amazingly close relationships in such a short time. 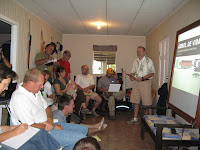 I am incredibly excited for how the Lord will use our work as Architects and Engineers to reach to the poor and needy by the teams that launch from Árbol de Vida, and how He has chosen to use me.